The future of the constitution? 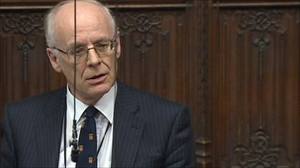 On Friday, I spoke on the Second Reading of the Constitutional Convention Bill, a Private Member’s Bill introduced by Lord Purvis of Tweed.  Even as a measure to establish a convention, it was flawed.  However, before addressing the particular flaws, I sought to put the debate in a broader context:

“Constitutional change has occurred in recent years on an extensive scale and continues to take place. There are three distinct directions in which we can go in terms of such change. These can be subsumed under the headings of “incoherent”, “measured” and “new”.  We have had major changes in recent decades under successive Governments, but each change has been justified on its own terms.  There has been no serious attempt to look at the constitution as a constitution and consider what type of constitution we wish to achieve.  There has been an intellectual discourse on different approaches to constitutional change but the measures pursued by government have not adhered to any one approach. There has been no intellectually coherent approach adopted by government.  As a consequence, our constitution will be the sum of a range of disparate and discrete measures imposed on our existing constitutional arrangements.  Without taking action, we will continue on what is an uncharted and potentially dangerous path.

I move from the incoherent to the measured.  This is where there is some consideration of how changes fit within our constitutional arrangements. This entails reflection and dialogue, and seeing how existing and proposed changes impact not only on the constitutional framework of the United Kingdom but on how they relate to one another. No reform is exclusive to itself.  Hence, my argument, which I have previously developed, for a constitutional convocation, a body that can make sense of where we are and provide some coherent framework for understanding how further changes relate to existing arrangements and to one another.  It would provide some shape but without committing us prematurely to some new constitutional settlement.

This brings me to the third direction.  This is where we move to a new paradigm, in effect a new constitutional settlement, which may mean a codified constitution.  The vehicle that has been variously recommended for delivering this is a constitutional convention, which, to quote Black’s Law Dictionary, is: “A duly constituted assembly of delegates or representatives of the people of a state or nation for the purpose of framing, revising or amending its constitution”.  The Bill is designed to formulate a new constitutional settlement, or at least a part settlement, for the United Kingdom.  The sheer scale of change we have witnessed constitutes an argument against establishing a body that would craft a new constitution before we have had time to understand the consequences of those changes already undertaken or to which the Government are already committed.  I want us to make sense of where we are, to understand what principles underpin, or have underpinned, the changes of recent years.

We are frequently reminded of the saying, “If I was going there, I wouldn’t start from here”.  My point is that not only have we not determined where we are going, we have not even determined exactly where we are.  My argument is that we need a much clearer sense of where we are constitutionally, of how the parts of the constitution as it now is hold together, if they do, before attempting to create a new constitutional architecture.”

Professor of Government at Hull University, and Member of the House of Lords
View all posts by Lord Norton →
This entry was posted in Uncategorized and tagged Constituional Convention Bill, constitution, constitutional convention. Bookmark the permalink.

1 Response to The future of the constitution?