A friend was keen to remind me recently that I had not posted a caption competition for some time.  (I did point out that the blog was designed primarily for what were intended as informed posts on constitutional and other developments!) 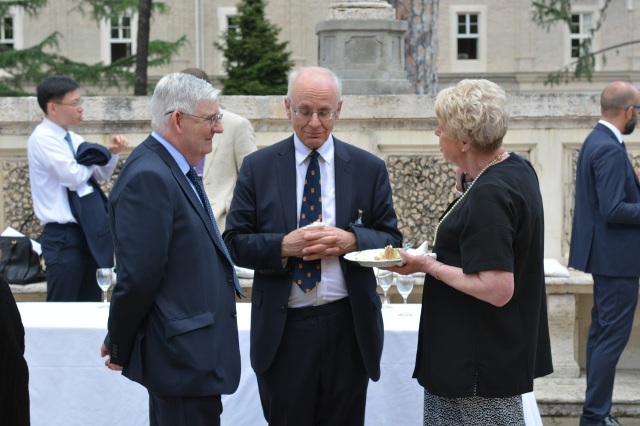 Anyway, here is the latest picture for the caption competition.  It was taken at the Judges’ Summit at the Vatican in June.  I am flanked by law professor John McEldowney and Professor Margaret Archer, President of the Pontifical Academy of Social Sciences, under whose auspices the summit was organised.  As usual, the winner will be the reader who offers what in my view is the wittiest and most appropriate caption and the prize will be one of my publications.