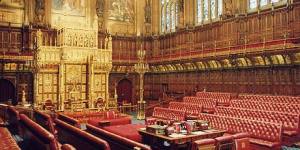 The media have been carrying reports that the Government is considering a proposal to move the House of Lords to York or some other ‘northern’ city.  (Apparently Birmingham has also been mentioned, which admittedly is north of London.)  I have done various media interviews and briefings on the subject.

Interviews that were meant to be short went on for some time, primarily because of the number of problems I identified. The most obvious is the fact that the House is one house of Parliament and Parliament exists within a parliamentary system of government.  The legislature and executive and inextricably linked.  Parliament is where it is because of where government is.  If you move one part, you essentially need to move the whole.  It would make more sense from a constitutional (though not a cost) perspective to craft a new seat of government, akin to Bonn or Brasilia, rather than move one part.  Ministers are drawn from and remain within Parliament.  They have to be present to get the Government’s business as well as answer for their policies and actions. Ministers do not exist as discrete entities; they need civil servants to brief them and provide administrative support.  Extracting one House from the process would require a fundamental reworking of the functions of that body, with consequent implications for the whole system of government.

There are also problems if members of one House are detached from the other.  Each benefits from the interaction with members of the other.  One gets valuable political intelligence from talking to members of other House; it facilitates planning strategies for achieving changes to legislation and cross-chamber alliances.  Separating the two may make life easier for Government if that contact does not take place.

There are then all the practical problems.  What about the logistics for civil society in making representations to the second chamber in addition to making representations to departments and the first chamber?  And then there is the cost.  There is the capital cost (land, buildings – not just the chamber, but offices for members, officials, members’ staff, security, support personnel and media) which may not be insubstantial (don’t mention the Scottish Parliament) and then the running costs, which would be additional to the existing costs of running the Palace of Westminster.  At Westminster one has the benefit of shared services, such as security and IT.  The Palace of Westminster will need to be maintained in any event (World Heritage site) and we are already committed to the R&R programme.

The motivation for considering a move is to enhance public engagement with politics.  How this would help with engagement in any substantial way is not explained.  It is not clear how the cost could be justified, not least given that Parliament is investing considerable resources already in enhancing public engagement, not just in terms of disseminating information, but also in providing the means for members of the public to feed in their views to inquiries and the legislative process.  This investment is a worthwhile investment and something that could be enhanced with even more resources, which would cost less than wrenching one part of Parliament out of the system as well as being more effective.

The proposal does not appear to have been thought through….

Professor of Government at Hull University, and Member of the House of Lords
View all posts by Lord Norton →
This entry was posted in Uncategorized and tagged House of Lords, Parliament, parliamentary system of government, Westminster, York. Bookmark the permalink.