Standing in for the Prime Minister… 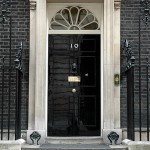 incapacitated through illness, Foreign Secretary and First Secretary of State, Dominic Raab, will stand in for him.

Although the term ‘designated survivor’ has been used, it appears from the statement of the Downing Street official spokesperson that it is a case of deputing temporarily for the Prime Minister during a period of illness.  From a constitutional perspective, this raises no significant issues.  It is well established for a Prime Minister to ask another minister to stand in for them when they are abroad or on holiday or otherwise unavailable. When Andrew Bonar Law was taken ill in 1923, it was arranged that in his absence Lord Curzon would act in his place.  In 1927, foreign secretary, Sir Austen Chamberlain, was asked to fulfil the role by Prime Minister Stanley Baldwin while Baldwin was visiting Canada.  Similarly, in 1929, when Ramsay MacDonald went to the USA and Canada, Chancellor of the Exchequer Philip Snowden was designated to carry out the role.  On occasion, most notably during Churchill’s second stint as Prime Minister, other senior ministers kept the government running when Churchill and his acknowledged deputy, Anthony Eden, were both hospitalised, but on that occasion nothing was said publicly and no minister was formally designated to stand in for the Prime Minister.

Nowadays, technology enables Prime Ministers, even if abroad or – as with Boris Johnson – isolated physically in Downing Street, to keep in touch to take decisions.

On occasions in the past when ministers have been invited to stand in for the Prime Minister, it has been said that they will act as deputy Prime Minister.  The terminology is important. ‘Deputy Prime Minister’ is a title and not a post.  It carries no salary.  Because of sensitivity about the Queen’s prerogative in the choice of her principal minister, there has traditionally been some wariness about conferring the title, as opposed to saying that someone will act as deputy Prime Minister.  Attlee was the first to have the title recognised in Hansard, but it was not until the end of the century that it was again formally recognised (Heseltine, Prescott and later Clegg).  It still is not a formally recognised post carrying a salary.  Those given the title are appointed to another ministerial post in order to receive a ministerial salary.  Nick Clegg, for example, was Lord President of the Council.  Harold Macmillan put it rather well in 1962 when he said that ‘This is not an appointment submitted to the Sovereign but is a statement of the organisation of Government’’.

Downing Street have stressed that Dominic Raab is First Secretary of State.  This is distinct from acting, or being styled (formally or informally), as Deputy Prime Minister.  First Secretary of State is a post.  The holder receives seals of office and a salary.  The post was created by Harold Macmillan in 1962 for R. A. Butler.  To date, eleven people have been appointed to it.  As may be inferred from the name, it confers seniority among Secretaries of State.  If the First Secretary of State holds a meeting with one or more other Secretaries of State, they come to him (or her – one woman, Barbara Castle, has held the post).  Possibly the bad news for Dominic Raab is that no holder of the office has gone on to become Prime Minister.

All this is distinct from what would happen if a Prime Minister was to die or become permanently incapacitated, necessitating the appointment of a successor.  It is an issue that has exercised a number of Cabinet Secretaries.  This does create constitutional problems, given that nowadays the party leaders are elected by the party membership and that can take some time.  There is a precedent for having an interim, or acting, Prime Minister.  The Duke of Wellington did briefly serve as such in 1834 while Sir Robert Peel returned from Rome.  Nowadays, the problem would be one of how an acting Prime Minister would be chosen.  The problem was recognised in the 1970s by the Queen’s Private Secretary, Sir Martin Charteris, resulting in the Charteris memorandum.  For more on that, one needs to see my article in Public Law, January 2016: ‘A Temporary Occupant of No. 10? Prime Ministerial Succession in the Event of the Death of the Incumbent’, pp. 18-34, or – to save time – see my 2019 post summarising the article.

Professor of Government at Hull University, and Member of the House of Lords
View all posts by Lord Norton →
This entry was posted in Uncategorized and tagged Boris Johnson, demise of the PM, Deputy Prime Minister, Dominic Raab, First Secretary of State, Governing Britain, Prime Minister, Sir Martin Charteris. Bookmark the permalink.

7 Responses to Standing in for the Prime Minister…