I was very sad to hear the news of the death of Lord Armstrong of Ilminster.  Although physically ailing, he was mentally fit and continued to attend the Lords.  I saw him regularly when he was Chancellor of the University of Hull.  He was assiduous in his 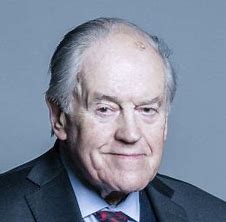 duties.  I once encountered him in the washroom before a degree ceremony having to cope with a nosebleed, but determined to plough on regardless.  In the Lords, he was a regular attender at meetings of the group I convene, the Campaign for an Effective Second Chamber.  He was also a great source of advice.  He was seen as the mandarin’s mandarin, the role model for Cabinet Secretaries.   One character in the TV series Yes, Prime Minister was rumoured to be based on him – not Sir Humphrey Appleby, but Sir Humphrey’s predecessor, Arnold.  I rather gained the impression that the rumour was one that Robert Armstrong was not greatly inclined to dispel!

His precision and knowledge were superb.  He was extremely helpful to me in my research of the constitutional position in the event of the death of a Prime Minister.  It was an issue that had exercised him greatly when he was Cabinet Secretary.  In 1984, he was at home when he heard the news that the Grand Hotel at Brighton, housing the Prime Minister and members of the Cabinet, had been bombed.  He spent half-an-hour not knowing whether the Prime Minister was alive or dead.  It was only when Robin Butler ‘phoned that he got the news that Margaret Thatcher was alive.  Until he got the call, he was sat thinking as to what to do in the event that the Prime Minister had been killed.

His contributions to debate were always clear and precise.  He had a sharp mind and was superb at drafting.  He was conscious that he would forever be associated with the phrase, ‘being economical with the truth’.  When he became Chancellor of Hull University in 1994, he gave an inaugural lecture exploring the origins of the phrase.

He was always splendid company and will be much missed.

Professor of Government at Hull University, and Member of the House of Lords
View all posts by Lord Norton →
This entry was posted in Uncategorized. Bookmark the permalink.