We live in a new era of fixed-term Parliaments… 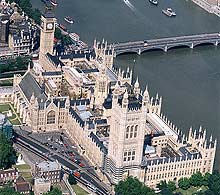 I have previously written about the Fixed-term Parliaments Act 2011.  What is notable is the extent to which its provisions were not that well appreciated at the time and still are not fully understood.  Even one academic article on the subject believed that the Queen retained some discretionary powers in respect of dissolution.  The Evening Standard this week carried an article conflating the two distinct provisions under which an early election may be triggered.  There are stories reporting that, if a minority Conservative government is formed next May, there may be a second election in the autumn.  These stories appear not to consider the conditions under which an early election may now be called.  Prime Ministerial discretion is not involved.   The prerogative power in respect of calling an election is gone.  The Queen retains no discretionary powers.

There are only three conditions under which a second election could take place next year or indeed at any point within the five-year term stipulated by the Act:

(1) If the House of Commons passes the motion ‘That this House has no confidence in Her Majesty’s Government’ and, if within 14 days, no government has been formed and gained a motion of confidence from the House.  The motion of no confidence requires only a simple majority to be carried.

(2) The House votes, by a two-thirds majority of all MPs (not simply a two-thirds of those voting), that there shall be an early election.

(3)  The Act itself is amended or replaced. (A simple repeal, not stipulating new conditions, would mean that Parliament would continue in perpetuity!)   The new Act could add prime ministerial discretion to or in place of the existing two condition and could confer on the Crown the power to decline the Prime Minister’s request.

Under the Act, the provisions are to be reviewed in 2020.  However, given the criticisms now being directed at the measure (not least a five, rather than four, year term), pressure for some change may become such as to prompt some change.

Professor of Government at Hull University, and Member of the House of Lords
View all posts by Lord Norton →
This entry was posted in Uncategorized and tagged Fixed-term Parliaments Act 2011. Bookmark the permalink.